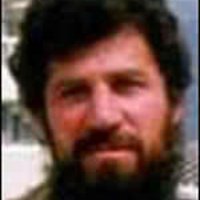 Nashwan Abdulrazaq Abdulbaqi (a.k.a. Abdul Hadi al Iraqi) was born in 1961 in Mosul, Iraq. He was captured in 2006 trying to reenter Iraq, and is now detained at Guantanamo Bay. He rose to Major in Sadaam Hussein's Army, then fought against Soviets in Afghanistan. He became a brilliant and experienced senior Al Qaeda commander of numerous training camps and operations. He speaks Arabic, Urdu, Kurdish, Pashtu, and Persian. Bin Laden made him a top aide and chose him to monitor Al Qaeda operations in Iraq.