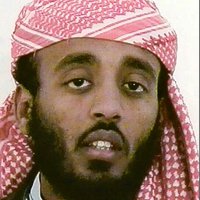 Ramzi was born May 1, 1972 in Yemen. He was captured in Karachi, Pakistan after a gun battle, and turned over to the USA for interrogation and ultimate detention at Guantanamo Bay. He is being sent to New York for trial. He was to have been one of the 9-11 attack hijackers, rounding out the number to 20, but was unable to obtain an entry visa from Germany, so he became the coordinator between Mohammad Atta in the USA and Khalid Sheikh Mohammed in Afghanistan