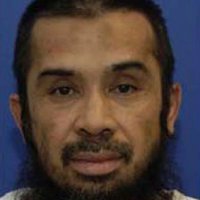 Riduan Isamuddin is also known as Hambali. He is being held at Guantanamo Bay. He was born April 4, 1966. He was captured in Thailand in 2003 while planning attacks against hotels during the Asia Pacific Economic Cooperation summit. He led the Indonesian terrorist organization Jemaah Islamiya, which is responsible for widespread church burnings and the 2002 Bali nightclub bombing. He grew up in Cianjur, West Java as the second of thirteen children and became involved with Jemaah Islamiyah, which seeks to establish a Muslim state across Southeast Asia, as a teenager.