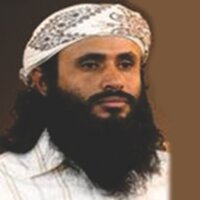 Sa’ad bin Atef al-Awlaki is also known as Sa’d Muhammad Atif, and Jalaal al-Sa’idi. He is a member of Al-Qaida in the Arabian Penninsula. The US Department of Justice is offering $6 million for information about him. He currently commands Al Qaida forces in Yemen. He has publicly called for attacks against the United States and its allies. He was born some time between 1978 and 1983.