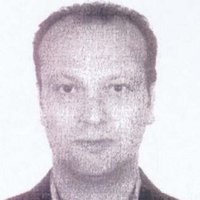 Salman Raouf Salman is also known as Samuel Salman El Reda. He was born on July 5, 1963. His citizenship is from Columbia and from Lebanon. He is a leader in Hizballah’s External Security Organization (ESO) He directs and supports their terrorist activities in the Western Hemisphere. The ESO is their element that is responsible for the planning, coordination, and execution of terrorist attacks outside Lebanon. They primarily target Israelis and Americans. Salmon is thought to have coordinated the bombing of the Argentine Israelite Mutual Association (AMIA) cultural center in Buenos Aires in 1994 that killed 85 people. The U.S. Department of Justice is offering $7 Million for information to help capture him.