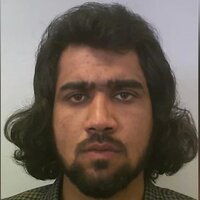 Sanaullah Ghafari is also known as Shahab al-Muhajir and Sanaullah al-Sadiq. The US Department of Justice is offering $10 million for information leading to his capture. He is a citizen of Iraq, but he is leading ISIS in the Khorasan province of Afghanistan. He was a mid-level commander in the Haqqani Taliban network and a member of Al-Qaeda before defecting to lead his ISIS group. He is alleged to have masterminded the Kabul airport suicide bombing that killed 183 people including 13 US military personnel.