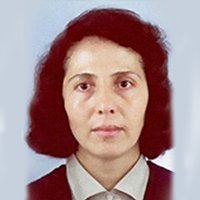 Seher Demir Sen was born in Turkey on July 8, 1959. She also uses the name Munever Koz and the birthday January 3, 1965. And she goes by the other names of Alba, Mine, Semirsen, Hatice, and Serap. She is a key leader of the Revolutionary People's Liberation Party/Front. In Turkish it is Devrimci Halk Kurtuluş Partisi Cephesi (DHKP/C). It has targeted U.S. interests, including U.S. military and diplomatic personnel and facilities since its creation in1994 when its predecessor, Devrimci Sol or Dev Sol, splintered. Sen joined Dev Sol in 1980 and participated in its activities until 1994, when she joined DHKP/C and rose to a leadership position in Greece. She reportedly served as the chief of the DHKP/C office in Athens. She is a member of DHKP/C's central committee, the group's top decision-making unit. The group's goal is to abolish the U.S. and NATO footprint from Turkey, and establish a socialist state. In February 2013, a suicide bomber affiliated with the group attacked the U.S. Embassy in Ankara. The US Department of State is offering a $3 million reward for information that helps to capture her.