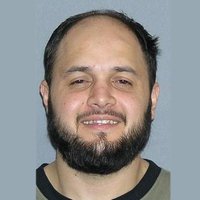 Shaker Masri was arrested trying to make his way to Somalia on August 4, 2010. He had researched various routes to avoid detection. He pled guilty at federal court in Chicago on July 30, 2012. He was sentenced to 10 years in prison on December 11, 2012. He was born in Alabama. He was raised abroad. He returned to the USA at the age of 18. He was living in Chicago and working for a non-profit corporation providing free English language versions of the Qur'an. He wanted to be a suicide bomber in Somalia. He said "Life is not worth living for me. I cannot enjoy life, I have not enjoyed it since I was 18." And he wanted to know how to make and wear a suicide bomb belt.