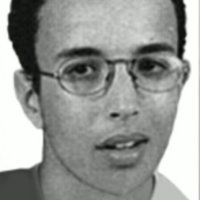 Amine El Khalifi was arrested on February 17, 2012 wearing what he thought was a suicide vest and carrying what he thought was an automatic weapon, according to the FBI. According to the criminal complaint, he was on his way to terrorize the U.S. Capitol building, and thought he was working for Al-Qaeda. He was born in 1983 in Morocco. At 16 years old, he visited Orlando, Florida with his parents. He overstayed his tourist visa. He eventually settled illegally in northern VA. The FBI began watching him in January 2011.