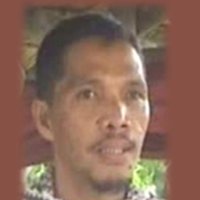 Tahil Sali is a commander in the Moro National Liberation Front (MNLF) in the Philippines. In September 2009 on Jolo Island, the MNLF blew up a convoy of military vehicles with an explosive device. The blast killed two U.S. Army soldiers and an Armed Forces of the Philippines (AFP) soldier. They were on a humanitarian mission to construct a school in the area. In May 2010, the Philippine 9th Judicial Region issued a Warrant of Arrest for Tahil Sali for the attack. The U.S. government is offering half a million dollars for information that leads to Talil's arrest.