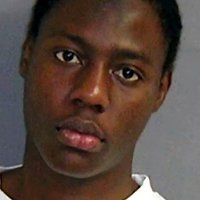 On Christmas day, 2009, Umar Farouk Abdul Mutallab apparently attempted to detonate himself aboard a Northwest Airlines flight on approach to Detroit. He reportedly bypassed security with a powder and a liquid that he mixed on the plane and then ignited to cause a loud pop, smoke, and flame. He claimed to be acting upon instructions from Al Qaeda. He was subdued by passengers and taken into custody in Detroit. He is from Nigeria. He was an engineering student studying in London. On October 12, 20011, he pled guilty to all charges, and he stated that committing jihad against the United States is one of "the most virtuous acts" a Muslim can perform. His father, who is a former chairman of First Bank in Nigeria, had alerted authorities of his concern about his 23-year-old son's increasingly radical views.