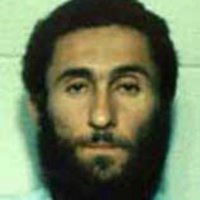 Wadih el-Hage was born July 25, 1960 in Lebanon. He is serving a life sentence at the ADX Florence, CO supermax prison for involvement in the 1998 embassy bombings in Kenya and Tanzania. He converted to Islam from Maronite Catholicism while growing up in Kuwait. In 1978, he started studies in urban planning at a university in Louisiana, but took a break to fight in Afghanistan and graduated in 1986. Shortly after becoming a US citizen, in 1989, he fell in with Al Qaeda conspirators at an Islamic conference and moved his family to Sudan in 1994 to work for Osama bin Laden.