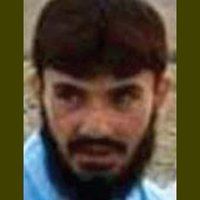 Yahya Haqqani was born in 1982 in Pakistan. He is a senior Haqqani Network member who has been closely involved in the group's terrorist, financial, and propaganda activities. He has acted as de facto head of the group when the more senior leaders were absent. He has also assumed duties as a logistician and has facilitated funding for Haqqani commanders including the chief of suicide operations. He sometimes serves as a liaison between to al-Qaida, and he has maintained ties with them since at least mid-2009. He has acted as the primary liaison with foreign fighters, including Arabs, Uzbeks, and Chechens. The US Department of State is offering a $5 million reward for information that helps to capture him.