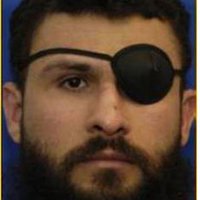 Zayn al-Abidin Muhammad Husayn (a.k.a. Abu Zubaydah) was born March 12, 1971 in Saudi Arabia. He was captured after cell phone traces and a gun battle in Faisalabad, Pakistan. He now resides at Guantanamo Bay, as perhaps the highest-ranking Al Qaeda leader in US custody. He affiliated with Al Qaeda at its beginning and became bin Laden’s second deputy in 1995. He was responsible for planning attacks and screening recruits. While Bin Laden and his first deputy, al-Zawahiri, would set policy, Zubaydah would implement it by selecting targets, personnel, and methods.