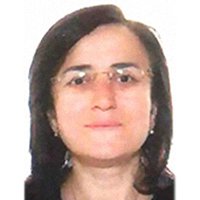 Zerin Sari was born in either 1963 or 1964 in Turkey. She is also called Fatma Gulten Sesen and Melis Hale. She is a key leader of the Revolutionary People's Liberation Party/Front. In Turkish it is called Devrimci Halk Kurtuluş Partisi Cephesi (DHKP/C). It was created in 1994 when its predecessor, Devrimci Sol or Dev Sol, splintered. Zerrin Sari is a lawyer who worked to defend Dev Sol in the 1990s until she fled Turkey in 1993. She was married to DHKP/C founding leader Dursun Karatas, and together they organized DHKP/C activities in Europe. She was put on trial in Belgium in 1999. She spent some time in prison, and was released in 2008. She is said to be the secret leader of DHKP/C, and allegedly gave the order for attacks on Turkish police headquarters and the police housing complex in Ankara in September 20, 2013. She is also believed to have been responsible, along with Musa Asoglu, for the March 2013 attacks against the Turkish Justice Ministry and Justice and Development Party (AKP) headquarters in Ankara. The US Department of State is offering a $3 million reward for information that helps to capture her.