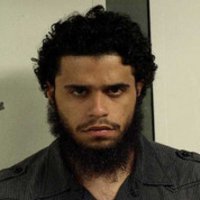 Carlos Eduardo Almonte was arrested at the age of 24 in June 2010 as he and his friend Mohamed Mahmood Alessa attempted to board a plane from New York to Somalia. In April 2013, he was sentenced to prison for 20 years. Carlos and Mohamed had referred to themselves as "Arabian knights." According to the FBI, they were intending to join a terror group in Somalia to kill, maim, and kidnap overseas Americans. He came to the US from the Dominican Republic at the age of five. He is a naturalized American citizen. He converted to Islam in 2004 while in high school and named himself Omar. Carlos talked of jihad and remarked that he wanted US soldiers to come home in caskets. He listened audio and watched video by the radical cleric, Anwar al-Awlaki.

Read more about these "Arabian Knights" and Carlos Eduardo Almonte at Wikipedia.