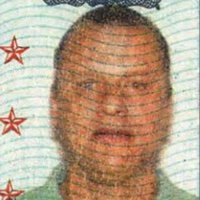 David Coleman Headley was arrested in Chicago in October 2009 for plotting attacks against the Denmark newspaper that published the cartoons of Mohammed. In January 2013, he was sentenced to 35 years in prison for what included his part in plotting the terror attcks of 2008 in Mumbai, India that killed more than 160 people. He was born in Washington D.C. in 1960 as Daood Sayed Gilani. His father is Pakistani and his mother is American, so he is an American citizen. He changed his name in 2006, allegedly to make border crossings easier. His father's last name was Gilani and his mother's last name was Headley. For the last few years, he had been living in Chicago and working for Tahwwur Hussain Rana's immigration agency.