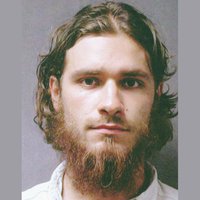 On July 27, 2009, Dylan Boyd was arrested and charged with conspiring to provide material support to terrorists and conspiring to murder, kidnap, maim, and injure persons abroad. On December 20, 2011 he received an 8-year prison sentence. He was 22 years old at the time of his arrest. He is one of seven men simultaneously arrested near Raleigh, North Carolina on these charges. His father, Daniel Patrick Boyd, was arrested as the terrorist cell ring leader. His brother, Zakariya Boyd, was a co-conspirator. Both Zak and his brother Dylan apologized at sentencing to fellow Americans for not resisting their domineering father and his radical Muslim views. Daniel was released on September 1, 2015. An eighth man mentioned in the July 22 indictment is believed to be in Pakistan.