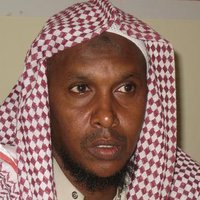 Fuad Mohamed Khalaf has been an important operational leader and fund raiser for the dangerous terrorist organization operating in and from Somalia called al-Shabaab. He is also known as Fuad Shangole. In June 2012 the US government began offering up to $5 million for information that will help to locate him. He was born in Mogadishu on March 28, 1965. He went to Sweden seeking asylum in 1992. He stayed in Sweden for 12 years and became a Swedish citizen. He returned to Somalia with his family in 2004. Since 2007, he has reportedly lived in Mecca and in Kenya. In 2009 he reportedly participated in the stoning of a 13-year-old Somali girl for not following Muslim clothing laws. Other wanted terrorists in al-Shabaab are: Mukhtar Robow, Zakariya Ismail Ahmed Hersi, and Abdullahi Yare.