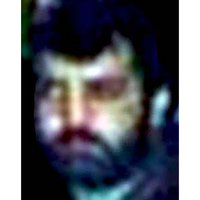 Fu’ad Shukr is a longtime senior advisor on military affairs to Hizballah’s Secretary General Hasan Nasrallah. He is a senior Hizballah operative who is the military commander of its forces in southern Lebanon. He serves on its highest military body, the Jihad Council. He played a key role in Hizballah’s recent military operations in Syria and in planning and launching the 1983 attack on the U.S. Marine Corps barracks in Beirut in which 241 U.S. service personnel were killed. The U.S. Department of the Treasury designated him to be a Specially Designated National in July 2015 for acting for or on behalf of Hizballah. In October 2017, the US Department of State began offering a $5 million as part of its Rewards for Justice program.